Watercolor of the Nordica Homestead

Situated on 108 acres of forest and field, the Nordica Homestead Museum is a simple white cape with a large barn. Both buildings are on the National Register of Historic Places.

The house was built by Edwin Norton in 1841 on land that was part of a large parcel owned by his grandfather, Ephraim, who came to Farmington in 1791. He was the son of Peter Norton, who had fought in the War for Independence.

Close up of the Boston stage model

You'll enter the museum through the shed which is now a gift shop. It also houses a scale mode of a Boston concert hall. It gives you a peek, in miniature, of the magnificence in which Madame Nordica sang.

Lillian’s sisters, Annie and Onie, gave her the house for her birthday in 1911. They tried to furnish it with items from the time when they lived there, more than fifty years earlier.

Many items have been added since that time like the Coca-Cola collectibles on the wall. The room off the kitchen is a modern addition that contains a library of the many books that make reference to Lillian Nordica. These were collected by Ben Stinchfield who heard Nordica sing in Farmington in 1911 when he was a young man.

Moving through the house, you'll find numerous photos of Nordica in her operatic roles, endorsements, and personal life. Works of art and furniture that were collected by, and gifted to, her can be viewed as well.

A front parlor features the stage jewelry worn by Nordica, much of it made by Tiffany. A mannequin clothed in Brünnhilde’s battle garb seems to stand as a security guard in the corner.

In the other front parlor you'll see the imposing bust of Richard Wagner whose operas figured prominently in Nordica’s career.

What’s most striking in the room, however, is the portrait by Hermann Schmiechen of Nordica, early in her career.  This portrait is by far the loveliest of the many efforts to capture her beauty.

Leaving the parlor you'll enter the birthing room. A later addition to this room is a built-in china cabinet. Here are displayed samples of Nordica’s impressive collection of dinnerware.

Much more, beyond what is described here, can be viewed at the Nordica Homestead Museum. What makes this museum unique is the simple setting for such a rich collection of artifacts from America’s opulent Gilded Age. The transition of Lillian Norton to “La Nordica” is a classic “rags to riches” story. 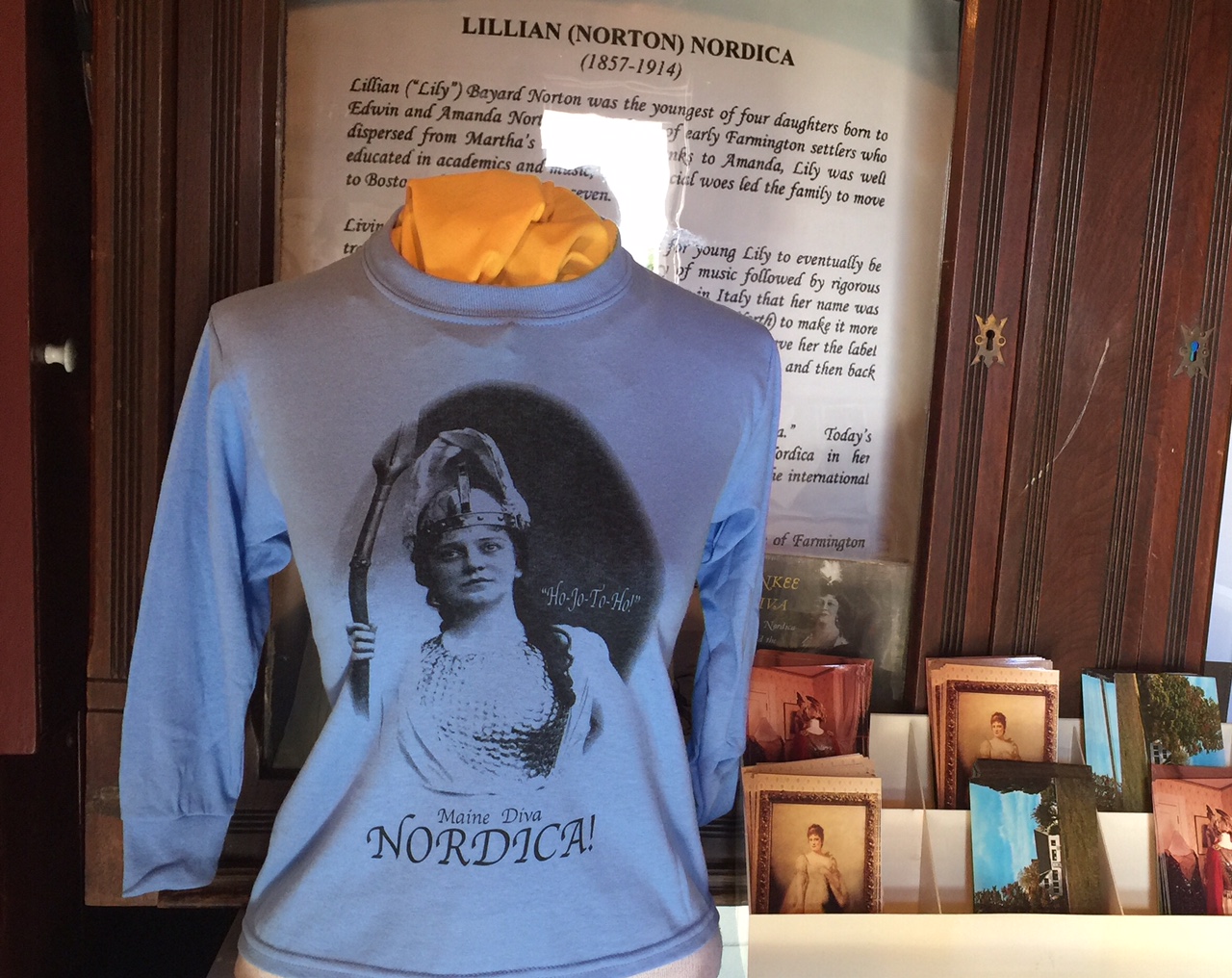 Before leaving the museum, be sure to visit our gift shop.